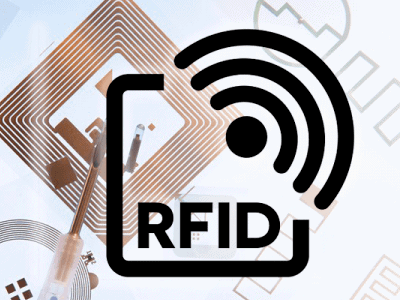 This write-up portrays the present status of RFID technology in India and the possible application areas by industry vertical. The findings in the paper are based on a series of CMR studies conducted over a period of nearly nine months.

RFID in India – OverviewRFID is a technology evolved for tracking of objects or people. Whether to regulate the entry of people or record inventories while being ported through different value chain touch points, RFID has effectively resolved many complex issues that people managing the systems face on a daily basis.India is no exception to the rule. Here as well, we have complex systems, volumes of objects moving in these systems and a large population that needs to be tracked for various reasons – simply for time sheet calculations or for security concerns.RFID in India is driven by RFIDAI – RFID Association of India – a not for profit organization promoting the technology. The association has not been able to make a remarkable push so far for many reasons, mostly market driven. But, it is committed towards making the industry achieve respectable size in India.Many IT software companies in India have forayed into RFID technology, offering solutions mainly for time and attendance for SMEs. There is also an influx of a fragmented vendor community from China supplying tags and readers in the market. But at the same time, respectable industry names like Siemens, Wipro, Infosys and Honeywell have established a fair base in the market.

Application AreasInfrastructure – Energy, Logistics, Roads and Railways:Since the inception of economic liberalization of 1991, the Planning Commission of India has been working on bringing the country’s infrastructure at par with global standards so that India can be a viable industrial/manufacturing destination besides raising the living standards of ordinary citizens.

The investments in the core infrastructure sector (energy, roads, railways, etc.) have risen considerably and with the inflow of private investments, the results have magnified. For instance, in the 10th Five-Year Plan (2002-06), the actual investments stood at INR 9,19,225 Crore against the projected INR 8,71,445 Crore, an excess achievement of 5.48%. On another note, during the 11th Five-Year Plan (2007-12), private investments were over 33.5% (Mid Term Assessment), compared to an estimated 30% for 2007-08 and 2008-09.Infrastructure is also turning smart with the implementation of specialized IT solutions like Automatic Fare Collection (AFC), Intelligent Transportation Systems (ITS) and Intelligent Building Systems (IBS) that have not only improved user experience, but also resulted in higher rates of technology penetration. As a reference, RFID technology was adopted by the Ministry of Road Transport and Highways, Government of India for implementing Electronic Tolling systems for national highways.Similarly, on the energy and power utilities side, a shift is occurring towards smart metering and the concept of a smart grid is being actively debated in groups such as the India Smart Grid Forum, an advisory body formed by the Ministry of Power, Government of India. A consensus is expected to emerge in the near future regarding the most optimal architecture of energy grids in the country. RFID will play a critical role in this arena as well.

The industrial growth story of India continues at a steady clip, despite the economy having become more skewed toward services in the last couple of decades. In fact, the services boom has led to a substantial domestic market for manufactured goods. India has emerged as a mass consumption market with consumers displaying increased spending capacity as per capita incomes rise.The government had provisioned for 2% growth in the industrial output in the 11th Five-Year Plan to 11% of the country’s GDP, compared to the 10th Five-Year Plan in which the proportion stood at 9%. The Government of India recently announced a policy initiative to grow manufacturing out of seven specially designated National Investment and Manufacturing Zones (NMIZs). Over the next five years – 2012-13 to 2016-17, Government of India plans to invest Rs. 3,500 Crore every year in the seven NMIZs located in Delhi, Uttar Pradesh, Haryana, Rajasthan, Gujarat, Madhya Pradesh and Maharashtra.

One of the crucial industrial sub-segments is the MSEs (Micro and Small Enterprises). MSEs alone contributed around 8% of the country’s GDP and accounted for 45% of the manufacturing output in India during FY2010-11. Government of India has announced several steps to improve the functioning of MSEs and bring in operational efficiencies to cope with rising manufacturing costs and remain attractive in the market by offsetting the economies of scale enjoyed by large manufacturers. One of the key initiatives includes increasing usage of technology in the business / manufacturing processes of MSEs. The government also offers subsidy / financial assistance for using RFID based bar coding on goods produced by MSEs under the ambit of Marketing Assistance schemes floated by the Ministry of Micro, Small and Medium Enterprises (Min of MSME), Government of India.

Healthcare:On an aggregate India spends roughly a little over 5% of the GDP on healthcare. At the same time, various industry statistics put the Indian pharmaceutical industry amongst the top 5 markets around the world. Healthcare is a major concern and the government as well as private players have realized the need to make available affordable healthcare facilities to people across the country. A recent WHO study suggests that around 70% of Indians spend their entire income on healthcare and purchase of drugs. Even after spending their entire earnings, patients are not cured of their illnesses, as they often end up buying spurious drugs that are channelized through different ‘grey market’ networks. Ensuring that patients have access to genuine drugs can be effectively achieved through RFID implementation.Government of India has also launched the very ambitious National Rural Health Mission (NRHM), where the aim is to make available basic healthcare facilities to the remotest of corners of the country. In such large scale public health programmes, supervision is always a challenge. Very rarely, do planners come to know the real implementation on the ground. One idea is to use mobile technology to get feedback and keep a track. Similarly, RFID can be used to ensure the delivery of medicines, healthcare systems, machinery etc. at the point and to the patient for whom it is meant.

Retail:Retail is the second largest employer in India after Agriculture and contributed over 10% to the country’s GDP during FY 2009-10 (Source: CRISIL). This sector has the widest established network in India and a retail establishment can be found in the remotest of areas. Many sectors, like Telecommunication services leveraged this network to reach to almost the entire population of the country to sell their services.The organized retail sector has been actively establishing a footprint in the country over the last few years and has now acquired a launch pad with ‘thin’ networks already in place in metros, Tier I and some Tier II cities. All major global chains have tied up with Indian partners, even as there are media reports that the Government of India may finally permit these global leaders a majority shareholding in multi-brand retail in the country, albeit under to be specified conditions. Currently, the contribution of organized retail is less than 5% of the total retail market in India; with more players expected to enter and existing retail chains likely to scale to denser networks the share of sales of organized retail stores is expected to go up.The world over, retail business is a heavy user of RFID tags from inventory management to payment systems. With the proportion of organized retail’s contribution to the economy expected to increase in the next few years, RFID technology usage is very likely to witness a rise.

Others:There are several other areas where RFID can be applied to bring in efficiencies and reduce the operational costs and complexities. No sector in the economy is asset-less, and assets are always valuable. Businesses need to track and secure their assets as well as use them optimally for the intended purpose. With the rapid rise in global security concerns, India is no exception. Governments, citizens, institutions and businesses in general need to ensure their safety. After all, even the commercial laws stress on caution with the rider ‘caveat emptor’.Some other sectors that can heavily use RFID technologies include Government, Defense, Education, Financial Services etc. to name a few. Seeing these sectors through an Indian perspective, we see an all round growth in adoption of RFID, as the sectors themselves grow and rely more on technological solutions.

Favourable Market ConditionsThe India market has gradually reached a stage where a need is being felt in more and more sections of industry that use of RFID technologies is necessary. If some of the user concerns such as cost are addressed adequately, RFID adoption can show a significant increase. Some of the favorable market conditions that have set a different scenario for the RFID technology in India may be summarized as follows:

ChallengesRFID technology adoption in India is expected to remain an uphill task for a few more years. As per CyberMedia Research, the main issues that the RFID faces in India are:Limited knowledge about RFID applications among decision makers.RFID seen as add-on cost; a polish upgrade of the existing processes and not as something that brings in efficiencies in the system.Lack of government regulations and standardization. Except for the Toll collection system, the Government has not adopted a standard in any other application areas making it a vendor dominated market and causing problems of integration for end-users.Cost is still an issue. Potential business users want to see RFID tag costs affordable to the larger end-user community.Very limited number of population believes in and experiences reliable technology alternatives; hence larger groups remain apprehensive about adoption. A lot of ‘What if?’ scenarios.Availability of labour at cheap rates and in large numbers to do mundane and routine jobs of manning, guarding, cleaning, refilling, serving etc. discourages increase in utilization rates of technology solutions.In some cases, large project promoters, particularly in infrastructure, not keen in adopting such technologies unless government offers them incentives or otherwise made mandatory.Service delivery levels in India across verticals have not reached international standards where usage of such hi-tech solutions would add value to the overall delivery and customer engagement process.

Future OutlookCyberMedia Research believes that with the present market conditions evolving, adoption of RFID technology will grow and reach a significant level by 2015 as a large portion of infrastructure and mega projects are completed.Further, with companies as well as the government adopting a strategy to reduce the role of unskilled/semi-skilled labour in offices and manufacturing plants and create more value enhancing jobs, technology will be predominantly used for replacing the need of physical presence for manning and securing assets – whether people, goods, equipment or other types of products.