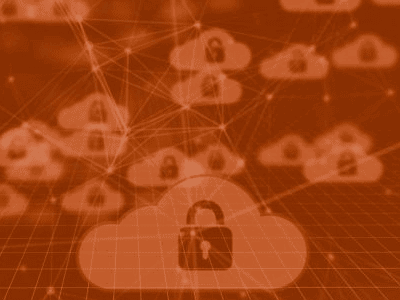 As the Indian economy grows, infrastructure too grows across verticals in industry clusters, cities and suburbs. This makes

keeping a vigil a complex and herculean job for security agencies. It may be possible for a country like India to mobilise human resources to supervise all facilities and keep them secure from any undesired and harmful objects and people. But, that does not complete the task. With criminals and terrorists resorting to increasingly intelligent mechanisms, there needs to be an equally intelligent system to counteract their malafide intentions. But this objective should be achieved, as far as possible, without disturbing the freedom of the people who are using the physical infrastructure or the services offered by different entities (transportation & logistics, civic services, municipal services etc.) that are ‘hosted’ on these infrastructure systems.Technology based solutions can be integrated with physical infrastructure systems to make our professional and personal lives easier, and reduce the effort required to achieve the same level of output or higher. As the scale and spread of infrastructure grows speedily to meet the needs of the growing Indian economy, pure human resource based solutions cannot suffice the purpose and intervention of technology is inevitable. Using surveillance systems, where cameras capture the activities in a defined area (a room, a hall, a lobby, a railway station etc.), real time videos can be sent to a monitoring room usually called control room where the security supervisor watches the different streams over a Closed Circuit TV (CCTV).Historically, analog technology based solutions were deployed where cameras were installed at strategic areas to cover the organization premises and video in real time was monitored over CCTVs. But this has now changed as the requirements changed with new demands and requirements from users.

Advantage ‘IP’In India too, a gradual shift is being witnessed from analog-based solutions to IP-based solutions for various reasons. Some of the significant ones among these include:

1) Cost Savings: Though the initial CAPEX is relatively higher compared to an analog-based solution as is the case with every new technology, the OPEX is something that attracts decision makers. Since, no modern enterprise or modern physical facility can avoid using IP networking that drives data for the organisation, utilising the same pipe for surveillance means savings in OPEX. This also saves CAPEX in terms of cabling, etc. though the cost of cameras is significantly higher compared to analog based cameras.

2) Manageability: IP video surveillance also results in ease of managing the overall security system. Being run over the same IP network that the organisation already has, it eases manageability issues as a single network is always more convenient to maintain vis-a-vis multiple networks.

3) Remote Accessibility: With geographical growth and expansion, organizations have become complex. With their multi location offices, factories and warehouses, the demand is for a surveillance system that could be remotely accessed by the supervisor to keep an eye on the different locations from a central office. Since IP Video Surveillance systems can be easily integrated with the public Internet, it becomes possible to access real time surveillance data remotely through secure connections.

4) Multiple ‘Peep-ins‘: Modern day workstations necessarily include a desktop. To have multiple people supervising an area for which each member of a supervisory team is responsible, apart from the central control room, IP video surveillance system allows real time video to be accessed from several nodes connected to the network. In this manner, security supervisors can use any desktop for effective surveillance. There is no requirement of CCTVs specifically for this purpose.

5) Video Analytics: In the conventional analog surveillance systems, the video captured could not be processed for further analysis resulting sometimes in complete wastage of the footage that was captured. With IP based solutions, several video analytics tools can be used to digitally enhance the output to achieve various desired results. Some of the common analytics applied include zoom, changing video properties and more.

6) Archives: The video must be available for reference as the need for viewing footage related to an incident may arise at any time. In analog based solutions, video archiving is not possible and alternate techniques have to be used. In IP based video surveillance solutions, storage can be connected in any size or format, thereby leading to practically unlimited archiving capabilities.

7) Mobility: Surveillance is not used for security purposes alone. In some instances, even management is interested in ‘peeping in’ to know what is happening in the offices in their absence. With IP accessible over mobile terminals including smartphones and tablets, IP surveillance supports management requirements as well.

8) Wireless: Laying a wired network means incurring a heavy cost and in India there are several infrastructure elements where no wired network exists to support surveillance. It would require a huge investment to lay a wire network for these facilities / structures and also involve civil works including excavations. IP can traverse through wireless technologies – long as well as short range, allowing IP Video Surveillance systems to be integrated with physical infrastructure elements without disturbing the structure itself or the surrounding public spaces (roads, pavements etc.).

At CyberMedia Research, we plotted the analog surveillance market, which is currently in the maturity stage and is expected to continue to be in this zone for a few more years before reaching the decline phase. As suggested by the industry lifecycle chart in Figure 1 below, in 2011 the India analog surveillance market continued to be in the maturity.

On the contrary, IP based video surveillance systems are still inching up in the market. Based on the adoption levels in the market, CMR plots the market in introductory stage of Industry life cycle. This is depicted in the diagram below.

Forward OutlookCyberMedia Research expects that all the new major infrastructure constructions will deploy an IP based surveillance system for the simple reason that they will have an IP network necessarily laid out for meeting the facilities’ data transmission needs. Large infrastructure projects including Airports, Malls, Railway Stations, Government Offices, Petroleum Refineries, Hydro-electric Plants etc. will be major users of IP based video surveillance systems. The wireless connectivity advantage will also enable oil companies ensure effective offshore plant surveillance.For existing installations where analog based video surveillance systems are already in place, there will be a gradual migration from analog to IP technology. Initially the critical and sensitive, areas or elements of the infrastructure will be migrated to IP solutions and later on, in a 3- to 5-year time frame, we expect other elements of the installation also getting replaced.Another factor that will lead towards the growth of IP based surveillance systems is the vision of public transportation and local municipal bodies of having smart and intelligent infrastructure systems. For instance, metros and major cities in India are already implementing intelligent transportation systems that will require monitoring traffic as well as the security of the city.The trends and factors highlighted above definitely paint a positive outlook for the IP Video Surveillance systems market in India. From a growth perspective, this technology segment of video surveillance will enable vendors, system integrators and solution providers to look at a healthy double digit growth year-on-year in next few years. To benefit from this, even the pure analog video surveillance vendors will switch to IP based solutions and some of them can be expected to completely discontinue the existing (analog) product lines in favour of the new (IP) technology.