Smart TVs in India: A Market Overview and Guide for Buyers 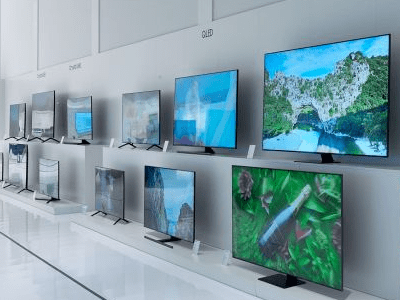 Smart TVs in India: A Market Overview and Guide for Buyers

The Smart TV has arrived in India. Though at current price tags, this special television caters to a very niche market in the country, but with a base of 135 million TV viewing homes, the niche base also is a respectable market size.

At the same time broadband penetration in the country is on the rise. Though it has often failed to keep pace with desired targets, homes are connecting to the Internet through the broadband pipe in all types of places in India, and it is no longer just confined to the metros or major cities alone. Major operators like Bharti Airtel, BSNL and MTNL are already offering quad play services and the country is moving towards convergence of one or the other type. Smart TV fits in this changing market scenario and enables convergence at the device level.

CyberMedia Research defines a Smart TV as“A television set that, besides being able to receive broadcast television channels is capable of connecting to the Internet either through an Ethernet port or via a WiFi network (integrated or USB dongle) and runs applications of social networking, entertainment and widgets like weather information.”

In India the market for Smart TVs has just woken up. Samsung was the first company to launch its Smart TV in India in early 2011. Today there are five vendors offering Smart TV with Onida the only Indian company having a Smart TV.

The CyberMedia Research team plotted the growth of the Smart TV industry on a product life-cycle (S-curve) and it emerged that the adoption of the product has not reached its potential and rapid growth is yet to begin. The main reasons for the current slow adoption of Smart TVs in India are the high price of television sets and the relatively small percentage of the population who prefer multi-usage television sets.

As of December 2011, a total of 65 Smart TV models are available in the India market from five different vendors. Panasonic leads with 21 models available for consumers while Onida has the least choice to offer with 5 models.

Among the brands, Panasonic gives the maximum choice to customers who may wish to explore buying a Smart TV. Almost, 1 out of every 3 options available for consumers is from Panasonic. Interestingly, Samsung which led the market by introducing the first Smart TV in India has not come out with many options since the launch.

Smart TVs in India are adding another dimension for the viewing by Indian television enthusiasts. A balanced proportion of 3D and 2D televisions are available in the Indian Smart TV market with 44% of the models featuring 3D viewing. Unfortunately, this is not matched with the availability of 3D content in the Indian market. Not a single channel in India is available in 3D and the buyers of such television sets need to resort to watching DVDs of 3D versions of popular movies like Avatar.

LED (Light Emitting Diode) based displays dominate the Smart TV market in India with 65% of television sets available with LED displays. The remainder of smart TV models are available in LCD or Plasma technology.

From a price perspective, the range of the Smart TVs available is quite wide primarily because of the size, 2D/3D and display technology of the television. If we look at different models from vendors, a base model Smart TV starts from INR 28,490 offered by Panasonic and the highest in range is priced at INR 449,350 from LG.

87% of the models of Smart TVs available in the market have WiFi capability and can connect with Internet wirelessly. However, only 22% of these have integrated WiFi and do not require any USB dongle, etc. to be able to connect to WiFi.

Social networking applications that allow sharing of content over different services are very essential to a Smart TV. Our research reveals that Facebook is available in most Smart TV models followed closely by Twitter. Other applications that are preinstalled in Smart TVs include Skype, Web Browser, Youtube and Picasa in that order.

FUTURE OUTLOOKWith broadband penetration expected to rise further, there will be more homes in India that will be using Internet as well as the television services. For these homes, Smart TV will be a meaningful purchase.

CyberMedia Research does not anticipate a major price slash in the Smart TV segment for another year and expects the product to cater to a very niche segment. The least used feature currently would be the 3D view as there is no channel offering 3D content in India at present. Worldwide there are expectations that with the London Olympics 2012, some more 3D channels will go on air, following in the foot steps of the 2008 FIFA World Cup, which saw the first mass scale 3D channel launch. However, knowing the preference of Indian sports lovers, the ICC Cricket World Cup of 2015 might be the trigger when a fair bit of 3D television content would become available to viewers in the country.