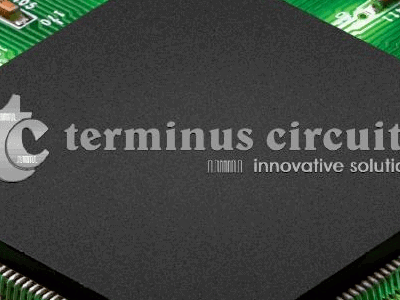 Using RFID technology, the device has essentially two components, a transmitter and a receiver.  A user needs to connect the transmitter to the power source, which in turns sends RF signals to the receiver that converts the signal into DC power and charges the device. The Intellectual Property (IP) of Terminus Circuits allows either connecting the receiver to its IO ports like USB, power jack, etc. or integrating directly with the SoC of the OEM.  So, in some devices, users need not even connect any add-on at the device level, while the embedded receiver will automatically charge the device.

For the technology, the company has around 6 patents and 10 published papers. The company also owns 15 IPs, of which the maximum will be used in the ‘m Wireless Battery Charger’.Three more patents in the areas of adaptive circuits to recover signal strength, Phase Locked Loop (PLL) design for realising higher frequencies and Clock Data Recovery (CDR) for accurate recovery of data are in the process of being patented.

There are several other solutions available to wirelessly charge low power devices, but using RF based technology in ISM ( Instrumentation, Scientific and Medical)band  is definitely a smarter option as these will not interfere with other radio interfaces that the devices might be using for communication and data transmission purposes.  Some of the other solutions developed across the world use Induction, Magneto resonance techniques which has limitation of 3 feet distance.  RF based technology  definitely has an edge in terms of non-interference characteristics, pricing, easy adaption to variety of handheld devices, sensors and stretching the distance between power source & the gadget to 40 feet.

The two main application areas that can instantly benefit from this technology are wireless charging of mobile devices and RF tags.Since the presence of battery in active tags makes them bulky as well as costly compared to the passive tags, using Terminus Circuits technology can lead to a mid-way solution where we can reap the benefits of an active tag at a nominal price increase compared to passive tags.  This can revolutionize the usage of RF tags in ETC (Electronic Toll Collection) systems on the Indian highways as one of the major constraints in mass adoption is the cost of active tags.  Similarly, people will enjoy the ease and comfort of wirelessly recharging mobile phones, in offices as well as homes.

The company has developed a roadmap and expects to commercialise the technology by end of 2013.  Presently, it is engaged in the tape out of internally developed IPs.

This is definitely innovative thinking that has the potential to not only revolutionise the ESDM sector in the country but also makes a strong case for an Indian company developing a solution with a potentially global impact.  This is the manner in which technologists and scientists of the country need to think and identify gaps wherein their expertise and know-how can be converted into a huge opportunity.

Terminus Circuits is founded by Dr Sankara Reddy and Mr C S Vijayakumara, both of whom bring in close to 40 years of experience to the company. While Dr Reddy has worked with companies like IBM, Spike Technologies (acquired by Qualcomm) and Sasken Communications, Mr Vijayakumara has been associated with AMD, IBM and Kawasaki Micro before launching Terminus Circuits.

The “Emerging India ESDM Story” is a series of blogs by the author on select Indian companies / institutions that are attempting to revolutionise and increase the reach and influence of the India ESDM sector.  The aim of this mini-series is to identify initiatives that will put India in a vantage position to grow manufacturing and indigenised content for the ESDM sector, to meet the estimated US$ 400 billion demand for electronics in the country by 2020.