IUC reduction to further create imbalance in the telecom industry 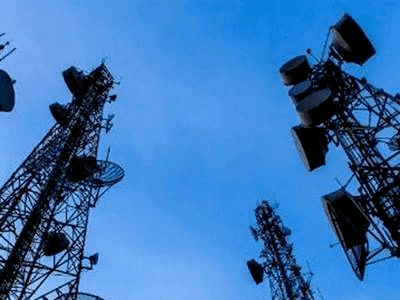 IUC reduction to further create imbalance in the telecom industry

The latest directive from TRAI to bring down IUC from existing 14 paisa to 6 paisa is yet another stressful thing to happen to the telecom sector in India.  For certain, the operators won’t be able to pass on the benefit to the consumers and one should not expect the call charges to go further down.

The decision to scrap IUC in 2020 is a positive sign that should motivate operators further to align investments towards all IP next generation networks aligning with the global trends and also exhibits TRAI’s proactiveness in setting up a regulatory regime for future technologies.  However, the reduction of IUC is going to hit the investments and ROI on the existing infrastructure investments of operators adversely at a time when the revenues are colliding because of the disruptions in the market from techno-commercial perspectives.

Operators in India still have revenues from voice amounting to 52% of the cumulative earnings and there is still asymmetry in the patterns of incoming and outgoing traffic over the operator networks. This can be observed having a look of the statistics of the No 1 operator in the country, airtel. Below, graph shows the pattern for the month of January 2017. 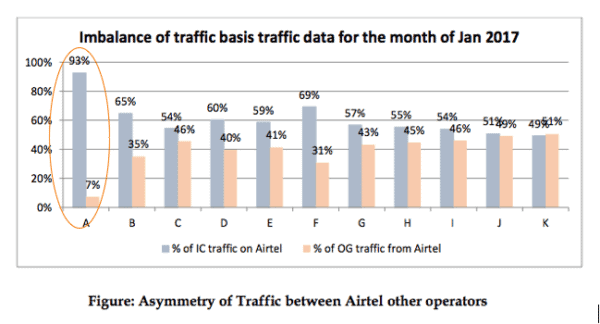 In the above graph, airtel has shown the asymmetry in the traffic for the month of January 2017, with other operators.  Though it hasn’t identified them; however, it can be easily understood that the first dataset refers to Jio where 93% is incoming and mere 7% is going out from airtel to its network.

With the commercial plans already announced, one cannot expect this to normalize anytime soon and the incumbent operators can also not afford to make voice completely free.  Though with VoLTE introduction they should also be making voice free, but there is a barrier to VoLTE adoption from penetration point of view as the VoLTE enabled mobile handsets cannot match the prices of the 2G feature phones that are used for pure voice use.

The above impact is not for airtel only. Here, it has been just exhibited for showcasing the impact on the incumbent operators and the trend is same for other operators as well or may be sharper than airtel as they have other businesses like DTH and geographically well spread across the country

In the present scenario IUC reduction is going to impact operators like OTT applications; where the operator infrastructure is used to reach out to earn revenues without operators being able to leverage other than earning for the data services irrespective of the grade and level of the service.  Similarly, the IUC reduction will enable the new entrant in the game – Jio, increase subscriber base by offering free voice and ‘unjustifiable’ promotional plans without adequately compensating competition infrastructure being used.

The IUC cut announced is further going to affect the revenue prospects of incumbent operators and it may even impact the call termination between Jio and other operators as the incumbents would find diminishing value in supporting the new entrant in the market and may not be willing to fully cooperate with respect to point of interconnects (POIs), etc., leading the frictions that may finally require interventions from the regulator or the other redressal mechanisms for settling the disputes.