LeEco has good products for India but the pitch is wrong 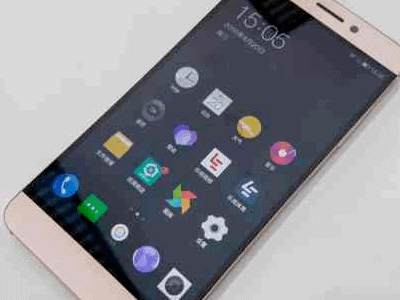 LeEco has good products for India but the pitch is wrong

LeEco announced the formal launch of their smartphones in India with some very impressive specifications that are bound  to excite the Indian consumer.  Among the many features on  offer, the thrust of some of the marketing and branding messages seems to be towards offering relatively higher internal memory. I feel the multi-category desktops (Applications Desktop, LeView Desktop and Live Desktop) should have been something appropriately amplified in all the campaign  ads.  Somehow, this feature is not getting the attention that it deserves.

Memory is definitely a specification users in India look for, but it should not be highlighted at the expense of other key benefits.  I would go so far as to suggest that companies should not price differentiate on internal memory capacity, but choose some other differentiation.

In the 2015 market scenario, the majority of Smartphones shipped were with 8GB internal memory. In fact, if we sum up the shipments of  4GB, 8GB and 16GB phones, we are talking about 95% of the total  India market.  So, I’m not sure how exciting 32GB would be for users even if we take cognizance that LeEco is offering it at perhaps the price of 8GB offerings of their competitors.  I am not getting into the other specifications.

Now, is internal memory a specification on which we can bank too much.  No way! Here is why…  As we move more towards the cloud and the high speed cellular technologies become more accessible, users are going to store very little the data locally.  So, why should we invest in higher capacity memory? At the same time, we are moving towards an era of web apps and very few native apps would be in use.  So, the app size will come down. Conceptually, these apps are now gateways to a cloud over a mobile phone. 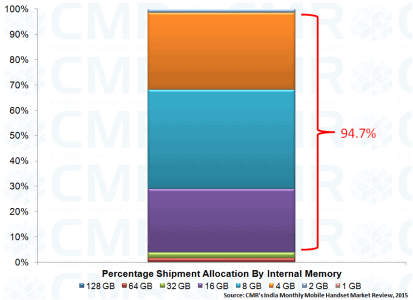 So, as the market evolves in such a scenario, higher capacity internal memory will not be a concern for a user while deciding on buying a phone.  Even if a user installs 100 such apps averaging 50 MB of size each (which is a considerable size for an app), we are talking around 5GB of capacity being used. Keeping aside 5 GB for OS and updates, and another 10 GB for music, pictures and videos.  So a typical smartphone user’s needs should suffice within 20 GB under the present consumption pattern.  But, as our usage of the cloud based solutions increases, this is expected to come down drastically and in such a scenario even a 16 GB device will suffice efficiently.

Agreed, it is a bit early to start demonizing the utility of internal memory, especially the higher capacity.  But, entering into a highly competitive market like India in year 2016, one has to enter with a trend setting thought.  This is what I was expecting from a brand like LeEco + to create a thought leadership status.  There I see them going the wrong way.