Mobile Intercom for the Home Segment 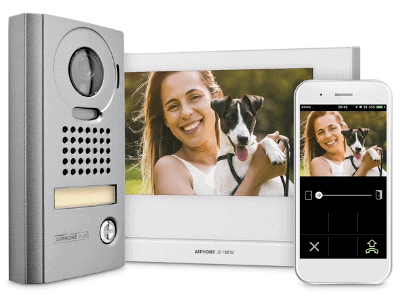 Mobile Intercom for the Home Segment

Ah! There used to be such a thing called Intercom.  Although in offices it still has relevance, but it is fast losing significance in the home segment, essentially the villa type homes where one needs an internal network to reach out to different members, be it family or the domestic help or driver or other support staff.

Nowadays, at least in the Indian context, the ‘missed call’ has to some extent replaced the need for an Intercom. But a missed call is only an alarm. It is not a full duplex medium and does not allow the message to be transmitted.  It only alerts.  If one has to pass on a message or instructions, even within a home, then you have to call. Yes, there are options like SMS and Whatsapp, but these might not work for all the co-inhabitants of your house.

So, is there a way? Possibly YES! There are a number of mobile VoIP clients available, with Viber presently being the most popular. Now, if all the members in a household have Viber installed on their mobiles, one could call for free and use it as an intercom.  But hey, Viber doesn’t differentiate between a contact that is within your premise or elsewhere. So this won’t qualify to be called as an Intercom, although it serves the purpose. The same holds true about Nimbuzz, Fring (my one-time favourite) and others.

Here is possibly how an app can convert your mobile phone and the mobile phones within your home into the nodes of an Intercom System. If an app is developed with the same functions as that of Viber or Fring or Nimbuzz or any such mobile VoIP client, with the condition that it only allows free calls amongst phones that are connected to a unique WiFi SSID, the problem is solved. A home usually has a single WiFi SSID and all users latch on to this SSID for accessing the Internet. This ‘mobile intercom app’ will detect the WiFi SSID of a user and based on that either limit the free calling among these or else, create a Closed User Group (CUG) that enables using the mobile phone as the node of an Intercom System.  Some additional features could be added for call forwarding and diverting, similar to those available in legacy (wired) Intercom Systems.

There could be an argument against the need for such a solution. Why can’t people simply use mobile phones or generic mobile VoIP clients for this purpose? Well, the answer is simple. By that analogy, the extensions of the landline available in rooms can also be used without intercom facility using the Direct Inward Dialling (DID) feature. Intercom is used for a Private User Group (PUG) and none of the apps gives such a feature at the moment. Whosoever is on the contact list and runs the app becomes a part of the group. Therefore, I urge developers to give a thought to this idea and come up with an app for this purpose. Of course, there may be many more improvisations and use cases that I am not able to think of at the moment, which can help to make the concept even more compelling.