Not just products, pricing and the cult, transparency in Xiaomi has also led to its success 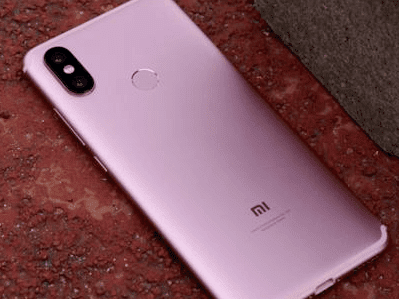 Not just products, pricing and the cult, transparency in Xiaomi has also led to its success

One thing that is always commendable about Xiaomi is their transparency.  It never is shy of sharing details and names of its partners who support them in components or the applications in building a product.
Contrary to them, there are so many instances when the brands consider it an attack on their privacy upon being asked about the suppliers of various components and applications.  Barring processor, brands do not generally reveal the names of other suppliers.

There could be only two reasons why any brand would shy from introducing its partners.  The first could be that the brand wants to claim about more than what they are capable of.  It’s like giving an impression that they do end-to-end.  While everyone in the industry would know that they aren’t doing all by themselves; they would still try to position as if they are the champions of everything.  The second reason could be lack of confidence in partners that they could get exposed to the competition and possibly work with them as well.  However, we have to remember, there aren’t too many options available for major components and generally there would be 5-8 major suppliers with whom 95% of the handset makers would be working.  So, they are already exposed to their competition.

The good part with Xiaomi is that while showcasing their product they don’t only talk about the unique engineering they would have done for a product, but, they would also reveal who are their major component suppliers.  This is an acknowledgement of the best available in the market for that particular component as well as making a realistic claim that we don’t do all by ourselves, but, probably work with the best of the world.

Perhaps, this tenet of Xiaomi helped them gain the consumer confidence.  They would openly, talk from whom are they procuring imaging sensors, display, etc.  That would give users the confidence that it is using the best in the breed components and is not lacking than the competition.  It was critical for a brand like Xiaomi that was offering smartphones at lower price bracket than its competition.  So, to avoid the miscommunication that could potentially lead Xiaomi devices been seen as inferior products, they perhaps, used this strategy from the day one to name their major component suppliers.

Whatever, would have been the reason for Xiaomi to openly share component suppliers, it definitely has made a perception of being seen as a transparent brand in smartphones.  It has always been accessible and prompt in sharing whatever level of information is required.  Of course, not the one that could potentially harm the business.  This nature of sharing information comfortably, definitely gives the entire ecosystem assurances of transparency and reliability.  And that is what Xiaomi has earned over these 3 years in India.  It would not be wrong to say that if Prime Minister Narendra Modi’s government has been working on ease of doing business, Xiaomi has set a benchmark in the industry with regards to ease of sharing information.