The motivation for Google behind buying HTC’s Pixel portfolio 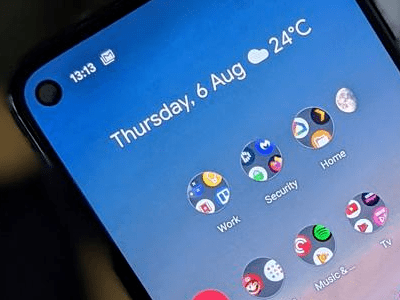 The motivation for Google behind buying HTC’s Pixel portfolio

Google just closed $1.1 billion deal acquiring HTC’s team as well as some IPs for the Pixel portfolio.  It has essentially acquired the entire assets that HTC was using for the Pixel phones for Google.

Now the question arises what made Google to buy this and why is it determined to make Pixel a reality.  Let’s examine this from Indian context. 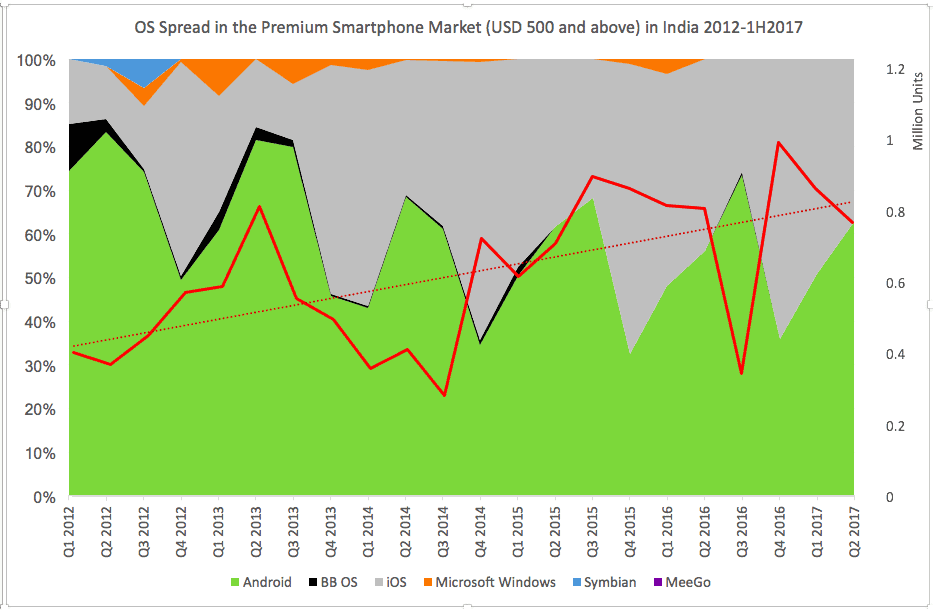 n the past 5 years, the premium Smartphone Segment has more than doubled as depicted by the red curve line in the chart above.  This shows that there is growth taking place in the absolute volume terms.  Though in terms of percentage contribution, the $500 and above contribution to the overall smartphone shipments has gone down from 14% in 1Q 2012 to 3% by the end of 2Q 2017.  This is essentially because of the base widening exponentially between $100-$250 that has mass-productised the Smartphones in India.

At the same time, from OS point of view, there were 6 OSs in this segment that has consolidated amongst Android and iOS.  What is working against Google’s presence in this segment is the emergence of iOS over the period.  Looking at the chart above, iOS was just around 15% in 1Q 2012 that has shot up to 40% as of 2Q 2017.  The spread of iOS has widened in this segment while keeping Android within a tight range.  This is expected to further go down as only Samsung has been able to establish itself in this segment using Android.  Rest all other brands are squeezing.

Around 3 years back, I had pointed this ‘failure’ of Android in the premium segment at least from Indian context, one of the strongest Android markets in the world. The biggest challenge was that none of the OEMs barring Samsung, was able to bring iPhone equivalent experience for users and this resulted switching to iPhone from other platforms including Android as the users wanted to up the premium ladder.

This trend brings Pixel to the centre stage.  Not only from the presence perspective in the premium category of Smartphones, essentially where it competes with iPhone at price points, the failure of Android to establish well in this segment could also hamper its prospects in the emerging technologies that will see adoption in the premium category only.

Whether it is Augmented Reality or Virtual Reality and other such immersive technologies, the use cases are spread across the strata of market, but the early explorers and paying users would like in the higher slabs.  If Apple through iPhone continues to spread like this in the premium category it would literally make iOS as the default ecosystem for these futuristic applications and that would obviously worry Google.

With tighter control on Pixel, Google will now focus on making the experience in that segment equivalent of the benchmark – iPhone and start evolving an ecosystem of services and applications around Android.  That will keep Android ticking in this segment and help Google achieve its objective of delivering futuristic technologies and applications through Android.  Next few years would be interesting to see this space evolve and decipher whether Google would be able to create Pixel seen as a competitor of iPhone in the Android ecosystem.  It becomes even important as the focus moves now towards increasing revenue potential through services rather than selling devices, which is heading towards a maturity phase.