With NFTs, the Music Industry is All set to Rock Again 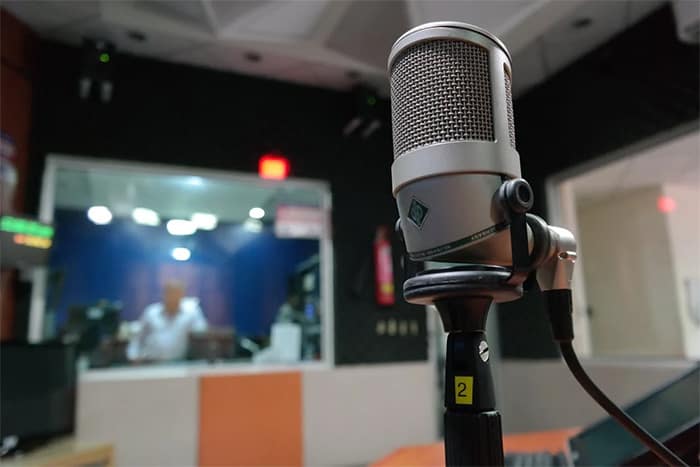 NFTs, or non-fungible tokens, have taken the world by storm. They have grown to be a $40 billion market over the last year from hidden digital assets. Many sectors recognise the value of NFTs, and the music industry is one of the recent ones to join the bandwagon.

With music streaming services having robbed artists of income, NFTs can provide a revenue stream for original creators of music. Over the last few years, streaming services have made access to music easy and, in most cases, free. Except for a few chart-topping musicians, the rest struggle to stay above water with all the cuts to agents and record labels.

How NFTs are helping artists

It is estimated that 80% of all revenue in the industry comes from streaming and that 90% of earnings go to just 1% of top musicians. Though it is said that 12% of the total revenues went to artists after the internet came along, instead of the earlier 9%, it is still very difficult for musicians, especially independent artists, to make a career.

Artists are paid a mere fraction of cents per stream, and streaming giant Spotify pays $0.003 to $0.005 per stream. According to this calculation, an artist needs over 16 million streams to make $50,000. More dishearteningly, only 13,400 artists are in this earnings bracket.

NFTs, linked to blockchains, can be the best thing that has happened to these artists. NFTs can be codified to include clauses that allow musicians to make money every time their song is sold. NFTs can also be broken down into small bits. It works more like stocks where buyers own a part of a company, and the share price increases when the company does well and stockholders make money.

NFTs of songs will make buyers pay owners of songs, and they can trade these tokens to make money when songs go up in charts. Artists, too, will earn every time a token is resold in the secondary market. Since blockchain technology is used, every transaction can be tracked, eliminating the necessity of intermediaries.

Who is doing it right?

EDM artists are the frontrunners in bringing NFTs to the music industry. In February 2021, 3lau released his album Ultraviolet in 33 NFTs and earned $11.7 million. This set a precedent, and several famous artists like Shawn Mendes, The Weeknd, and others have started releasing their own NFTs. Snoop Dogg too recently announced that he would convert his recording label Death Row Records into an NFT label.

BTS, one of the industry’s most profitable bands, plans to go the NFT way. In the group’s management, Hybe announced in December last year that it would release BTS-linked NFTs in less than six months. The first to come out are photo cards. The physical merchandise of BTS has been much in demand, and Hybe earned revenues of $200 million in 2021 just through the sales of products and licensing.

NFTs in the East

Asia’s largest music company, T-Series, is planning to launch NFTs of a large bouquet of songs in its vaults. An independent Tamil musician, Kaber Vasuki, sold a phone demo of his song, Vasanam, for INR 1.5 crore to Vignesh Sundaresan, aka Metakovan, who is a digital asset collector.

Media and consulting firm One Mercuri has launched a music and entertainment NFT marketplace called WishWorld. It released the first set of popular music composer Ilaiyaraaja’s songs on his birthday on June 2.

In fact, one of the popular singers of Bollywood, Sonu Nigam, launched the country’s first music-linked NFT. In association with the new-age entertainment and technology company Jetsynthesys, he brought out the NFT in London in November last year.

Since the NFT craze began, several platforms have started trading in music tokens either exclusively or as a major focus of their trading. These include Opulus, Royal, Audis and Sound.xyz. Especially the Sound.xyz is going to deal exclusively with music NFTs and promises to help up-and-coming musicians by minting and selling their music as NFTs.

Apart from songs, NFTs can also be used to sell concert tickets. Fans are given codes of original tokens that are impossible to duplicate or counterfeit. This will also endanger those who make money in the black market when the tickets are in demand. Artists can set a price limit for tickets and sell them in the market, allowing them to be in control of ticket sales.

These are the initial days of NFTs in the music industry, so it may just not eliminate streaming services immediately. Bu,t NFTs definitely seem to be the future, and the best part is that artists will be the gainers in the end.