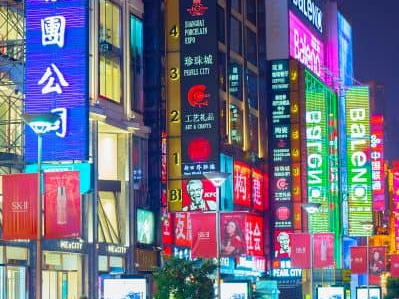 “Say No to Chinese Goods During this Festive Season,” reads a social media post. Going through it, just wondering whether any ban could be imposed to Chinese handset brands, operating in India today?

The uproar to ban Chinese products in social media was the fallout of the intense India-Pakistan tension followed by China’s favoritism to Pakistan. Although going by media reports, there have been decline in the uptake of China-made products in India, but the handset shipments seem are likely to rise only.

Today, about 123 Chinese handset brands are operating in India and in the first quarter of this year, the overall shipments of Chinese brands stood at 10.6 million, followed by 13.8 million in Q2, a 30% rise sequentially. And in Q3 and Q4, we speculate the shipments to grow even faster and touch  over 16 million in the third quarter and 20 million in the fourth quarter. 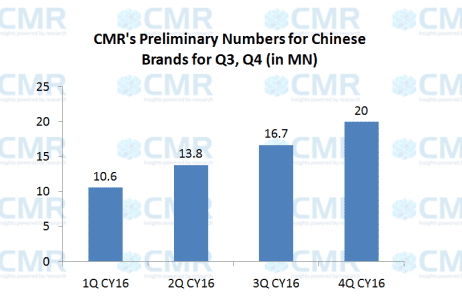 The immense push Chinese firms are putting for the promotion, including discounts, price drops, of their models during this festive season can’t be overlooked and with this, robust shipments numbers could be projected by the end of this year. With a number of choices, better specifications, affordable price bands, Chinese companies are giving tough competition to all other handset companies in the country today.

OPPO Mobiles has come out with its OPPO F1s Diwali customised limited edition smartphone with its price at Rs 17,990.  Xiaomi’s ‘Diwali with Mi sale’ has gone down well with online customers and as a result,  Xiaomi has already sold about one million smartphones in India during the festive season.

Gionee  has launched new smartphones P7 max and S6 Pro, especially targeting the festive season. LeEco has come out with its ‘LeMall For All’ – Diwali edition that promises to offer deals and discounts on LeEco superphones. Along with a 10 per cent cashback on ICICI and HDFC credit and debit cards, customers can avail discount of Rs 5,000 on purchase of Le Max2 and Rs 1,000 on Le 2.

As part of the festive season, OnePlus is kick-starting a contest on October 24th, under which it is offering gold variant of OnePlus 3 for free under its Diwali Dash sale.  Lenovo is offering Zuk Z1, priced at Rs 13,499, for Rs 10,999.  All these moves are giving an upper hand to the Chinese players,  giving us enough room to speculate that why amid ban rhetoric, Chinese handset players have a reason to smile.