Not ‘flash’ sales but increased pace of innovation, faster time-to-market and building on core strengths can help Micromax 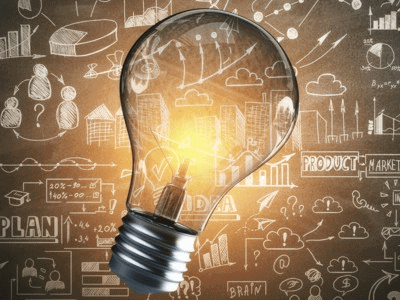 Not ‘flash’ sales but increased pace of innovation, faster time-to-market and building on core strengths can help Micromax

Micromax recently said that they will embrace the ‘flash sale’ online selling strategy to further strengthen market position, especially in the smartphones segment.  What must be worrying the management at Micromax is the increasing gap between their market share and that of Samsung, which is the only player ahead of the home-grown Indian player in terms of shipments of smartphones.

While, towards the end of CY 2014, in the last quarter (OND ’14), the gap between Samsung and Micromax was 5.9%, the same gap has increased substantially in the first quarter of CY 2015 (JFM ’15).  As per CMR preliminary estimates, based on initial numbers for March 2015, the gap in market shares of these two ‘close’ competitors is at 15%, almost three times what it was in the preceding quarter.

In terms of absolute number of shipments, Samsung more or less maintained their quarterly numbers while Micromax shows a decline. Is the mechanism of ‘flash sale’, in addition to the general online selling strategy likely to help Micromax regain shipment numbers?

To my mind, this strategy is not likely to help Micromax a lot. Yes, it will build the hype and perhaps increase Micromax visibility a little more, but not with the right audience. Micromax is already an established and well recognised brand in the community that is generally targeted through online/ e-tailing portals.

For a player like Xiaomi (that Micromax is trying to replicate in this context), it was altogether a different proposition. First, the Chinese vendor wanted to enter into the India market and announce to the potential base of Indian smartphone consumers, that a brand that is available globally is now available in India. At the same time, Xiaomi was not looking at great numbers to begin with. So, ‘flash sales’ helped and worked in the right way for Xiaomi.

Micromax has a different base. It is in true spirit seen as the ‘aam aadmi’s smartphone’ in India.  And that ‘aam aadmi’ is not generally present online and much less likely to purchase online. In fact, Micromax smartphones have been the ‘Internet enabler’ for the aam aadmi user base, empowering their lifestyle choices with connectivity to music, games, online entertainment and more. The differentiating strength of Micromax lies in their distribution network, built and invested in over the years across India. Today, a large number of Indian consumers know and recognise the brand even in the remotest of areas.

Micromax is a player at different volume levels and ‘flash sales’ won’t add much to the vendor’s India shipment numbers. It will just be that the brand experiments with a strategy that some of the new entrants have used successfully for a limited purpose. Even today, Micromax share of smartphone shipments in India stands at 3x that of Xiaomi.

Micromax really needs to invest in product development. It has not excited the market in a long time now. Honestly speaking, after the Micromax Canvas series, no model has been a breakthrough for the company and the competition has only risen since. On the other hand brands like Xiaomi and others have given Indian smartphone users alternatives at competitive price-points, with better specifications, look-and-feel and of course performance; Micromax has not been able to keep up with the pace.

Therefore, Micromax needs to revisit its business strategy and focus on giving potential buyers exciting solutions at competitive price-points. The brand had earned for itself the image of being a market disruptor, but for a year or so the company has not been able to hold on to this image. And this is the key aspect that needs attention. If not done with a sense of urgency, Micromax will fritter away its hard-won advantage of a nationwide distribution and sales network, to fast-moving brands like Xiaomi that are now building these strengths as well. So, while Xiaomi focuses at growing numbers on a small base, Micromax should look to maintain and strengthen its position. Going forward, this is the only mantra that is likely to work for the brand, a front runner for the ‘Make in India’ mobile phone industry.