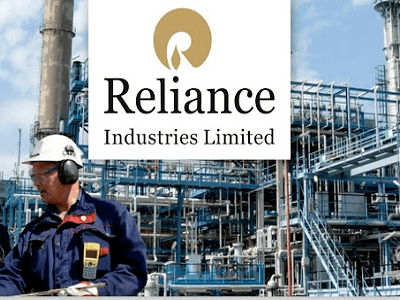 When Mukesh Ambani-led Reliance Industries Ltd. (RIL) expressed its direct as well as indirect intent to enter the LTE space, everybody in the India Telecoms industry speculated that the  company would perhaps be the first 4G service provider in the country. While this did not happen (with Bharti Airtel launching their 4G services in Kolkata, Bangalore and Pune), industry watchers and subscribers are in fact still waiting for the launch of Reliance Jio Infocomm (formerly Infotel Broadband) services. Many were concerned that RIL would lose out on an emerging opportunity if it delayed the launch.

But now we have the answer. The Department of Telecommunications (DoT) has finally pitched for approving use of LTE for voice in India. This paves the way for RIL to offer voice services using its LTE waves. Though the operator will have to pay an additional fee, but the opportunity is worth every penny. Allowance of voice services over BWA will be a major relief for 4G operators like Reliance Jio Infocomm. While this would mean another stream of competition for existing cellular mobile telephony service providers, it would give subscribers access to the latest technology, offering new and better services.

The new DoT directive among many things would also mean the start of ‘IP-only’ network deployments in India. So we should be able to see the commercial launch of IMS (IP Multimedia Subsystem) architecture based networks and I believe that Reliance Jio Infocomm will be the first to do this. We have been talking a lot about convergence over the past few years, but it would mean little unless the entire network end-to-end is IP-based. The decision taken by DoT, once approved and implemented is a move in the right direction that will enable this.

RIL and other operators will be now able to offer what I call penta play services using a single network without the complexities of managing different network architectures. This would mean efficient and effective network management for the operator and the benefits of convergence for subscribers on the other hand. For supporting interaction with existing cellular technologies IP networks will have to use eSRVCC (Enhanced Single Radio Voice Call Continuity) protocol to allow voice continuity across radio networks. As LTE networks overlay the entire country, we should see eSRVCC eventually losing significance, though that’s not going to happen anytime soon!

The other side of the story is definitely this can also lead to the convergence of the two Ambani empires.  While Reliance ADAG has rolled out all the services – voice, data and video and has made a reputed market standing for itself, RIL has the network to carry them to the next level and increase their reach throughout the country.

With the chorus of voices in favour of convergence and IP-based networks, I have a line of caution to proffer. Somewhere in DoT’s directive I sense a tacit acceptance to the fact that India loves voice and data services alone are not going to scale to levels which would make 4G operators viable. This points to the need to maintain a strong focus on improving data services and increasing availability of localized apps and content to enable higher consumption.

Namaskar to the world of convergence!