MENA Witnessing the Rise of Women-Power 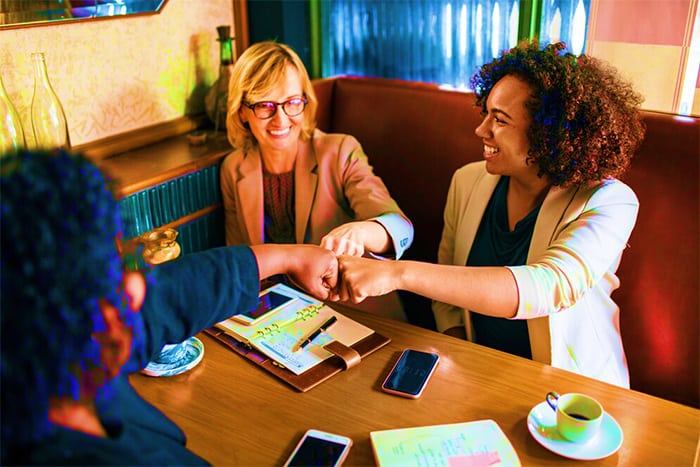 Women-power is on a rising verge in the Middle East and North Africa (MENA) region. Such a phenomenon can be gauged by the fact that 16 out of 100 top tech companies in this region are being helmed by women in 2022. One of every three startups in the Arab world is founded or co-founded by women.

Here are the top five women tech leaders who are blazing the trail.

A Lebanese national, she is Multiply Group’s CEO, which started as a boutique company. She founded the startup when she was just 22, and after its phenomenal growth, it was acquired by the Abu Dhabi-based International Holding Company (IHC) in 2020. Later sharpening its focus, Multiply transformed itself into a tech-focused holding firm and grew to be a $5.2 billion company as of January 2022. Despite being the lean year due to the effects of the Covid pandemic, the company closed six international and domestic deals in 2021. As the company’s strategic group head, she oversaw stake acquisition amounting to United Arab Emirates Dirham 5.5 billion over the last six months. A well-known speaker at tech conferences, she has authored and co-authored many books on women’s empowerment. She is a board member of several companies too.

She has been the vice-president of Meta in the MENA and Turkey region since 2020. She was elevated to the position, having worked for four and a half years as the company’s country director. She has been active in the tech industry for over 20 years, and a decade before joining Facebook – the previous avatar of Meta, she was a consultant. She has advised over 100 companies across the globe as an associate partner of McKinsey and senior associate consultant at Oliver Wyman in Barcelona.

She is the first woman vice-president of Cisco in the Mena. Appointed to the top position in early 2020, she leads the company’s regional operations and collaborates with governments and companies in their digitization initiatives. She was instrumental in her company entering into a partnership with Expo 2020 Dubai to reduce food waste in October 2021. In January last year, Cisco co-opted with the UAE University to launch Future Class, a smart classroom that is AI-based. She has 25 years of experience in the tech industry, having worked for over 15 years with Raya Customer Experience, a business outsourcing service provider that served many Fortune 500 companies. She won the most influential woman award for impacting Egyptian society in 2018.

She is the head of Business Process Intelligence – Southern, SAP. After being appointed to the position towards the end of 2021, she became the first woman from the Middle East to hold this post. She handholds companies and governments across 75 countries in their digital transformation journeys. Joining the company in 2013, she has helped SAP transform itself in the Arab and African regions. While heading the company’s Egypt operations, her team delivered the best ever performance, including revenues, that year. She has set up the SAP Businesswomen’s Network in Egypt to promote open dialogue and equal opportunities for women in the region. She was also part of the United Nations’ Goals of Production and Development in Egypt, which promotes tech startups that are aimed at inclusivity, innovation, and diversity.

An Oman citizen, she is considered the foremost women tech entrepreneur in the country, having founded several companies. She started Bahwan CyberTek Group in 2019, which currently employs over 3,400 people, providing predictive analytics, digital transformation, and digital supply chain management solutions. BCT has delivered solutions to companies in over 20 countries across the world. It received a patent in 2021 for supply chain management technology, Retina, that reduces operational risks. BCT has trained over 10,000 youngsters in Oman, and the company was part of a Stanford case study. She has won numerous recognitions, including the Legion of Honor Award in France and EY Oman’s Young Entrepreneur of the Year award in 2020.